Kartik (16) recalls his first day in school when everyone laughed at him and teased him by calling names. What exactly happened? He shares his story with TeenBook. 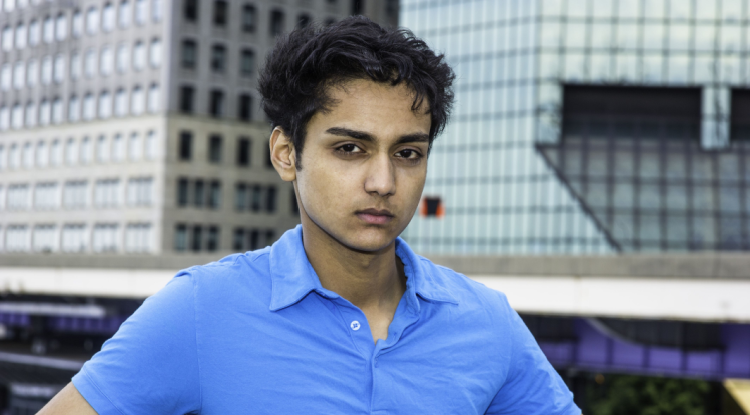 Every person in the room laughed at me, except the teacher.  I was on the verge of tears. I kept looking down wondering why the kids were laughing at me until the teacher told the students to be quiet and told me to sit. It was my first day at my new school. As the norm, everyone had to introduce themselves.

I still remember how my classmates and other kids teased me after the teacher left; calling me ‘totlu’ or the kid who stammered.  I always went home crying.

My parents hired a professional speech therapist who specializes in vocal cord issues. Some sessions with him helped me speak a few words which I couldn’t earlier. Honestly, that was a great achievement but I still had problems saying some words correctly in a sequence.

Over the next few years, I became more introverted, insecure, and quiet. My inability to speak fluently also made me scared and extremely nervous to talk to strangers which eventually made me open up less to people. I hardly socialized, which created a barrier between my inability to communicate and my desire to make new friends.

I was not always like that. As a kid, I was eager, and friendly and used to make friends with all people. But as I grew older I became less and less open to people because of my inability to communicate.

But not everything about it was negative, as it put me in the un-social zone. I started reading books and became a better listener and an observer, but still to this day I am not good at socializing in the first meeting and am not a talkative person.

But my condition has also helped me to appreciate the silence. I would want to give my best to turn this weakness into one of the greatest strengths I possess.

Shutterstock/Alexander Image/Person in the photo is a model. Names changed.