Ajay (17) a boy from a small village in Uttar Pradesh got admission in an engineering college in Mumbai. Everything was new for him but he managed to make some friends. But suddenly they all started ignoring him and he started to feel ‘used’. What exactly happened? He shares the story with TeenBook. 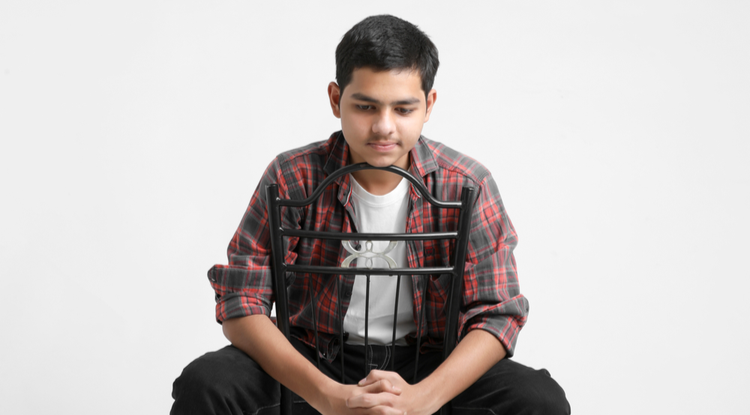 All alone in the big city

The memory my first day at my engineering college is still fresh in my mind. I was looking forward to meeting my classmates wearing my new clothes and the best sandals I had. As I entered the college campus, I was amazed to see the huge building. It was a sea change from my village school in Uttar Pradesh, where I had spent my life till now.

My father – a teacher, is the most educated man in our village so everyone looked up to me and respected me too. But in Mumbai, I am a nobody. The students around me are so different from my village friends. Everyone seems so busy. I suddenly felt alone.

I wanted to speak to them and get to know them but everyone seemed to be in a hurry. Nobody had time. By habit, I also began to sit on the first bench of the class so that I could concentrate more.

Days passed and I made no friends. Nobody came up to me either.

I started thinking what could be preventing these students from being my friends – do I look ugly, was I too boring, perhaps everyone else had friends and I was not needed. Was it because I sat on the first bench, I wondered.

One day, I was working on an assignment as there was no class. A group of students approached me and asked me if I had notes for a subject. I proudly showed them mine. They were a group of five – Akash, Amay, Raghav, Kajal and Niharika.

They were really nice to me and asked me where I was from and introduced themselves too. I was initially very nervous and not very comfortable in the company of girls.

With time, I started to see them more often in class. Just like other students, they too said ‘Hi, wassup!’ to me and taught me how to say that. I took some time but learnt it to say it with ease.

With our first semester underway, assignment submissions had begun. I helped everyone in the group complete their assignments. I also shared my assignments and notes from class lectures. Akash and Kajal often asked me to write their whole assignments. They all were very happy with me and always thanked me.

We finished two papers of the semester on campus. I helped everyone with the exams and then lockdown was declared due to Covid-19 and our exams got cancelled. Everything changed thereafter. We were asked to go back home soon and remain indoors.

I lived in a rented accommodation in one room. Days went by and no one messaged to check on me and say ‘Wassup’! They never bothered to check if I was in the city or left for my hometown.

I felt like I’d done something wrong. I started recalling all my actions. Nobody replied to my texts; they didn’t even open my messages even when they were online.  Initially I thought they must be busy going back home or with other stuff.  I too left for my home after a week but still got no calls from anyone.

I felt really low and started sleeping the whole day and did nothing productive. I felt so alone and used. I tried to talk to my father about this but he asked me to concentrate on myself.

Just for the notes?

After a few days, I called up Akash but he hurriedly replied saying he was busy. Raghav messaged me saying he will call back but never did. And it seems Amay blocked my number as his phone was never reachable. I never called the girls.

I was confused. Were they really my friends or just using me for getting their assignments done and have my notes? I felt used. It’s been a- couple of months and I am still in my village. I have completely lost touch with them and am still clueless about why it happened.

Shutterstock/Niks Ads/Person in the photo is a model. Names changed