Many of you must have heard the story of ‘Sher aaya sher’ where a habitual liar gets killed by the lion because no one comes to help him! Now read this story with a TeenBook twist!

Photo: Shutterstock/A_ModelHouse/Person in the photo is a model.

Pranav (15) was done with his rehearsals for the day, so he decided to prank his friends.

“Can you please help me out with my rehearsals as my guitarist hasn’t showed up for the practice today”, Pranav lied.

His friends agreed and said they would be happy to help. As soon as they reached and went on to look for Pranav, they bumped into his guitarist.

“Pranav, why did you call us? Your guitarist is already practicing over here”, asked Raju.

“I can’t believe that you fell for my prank…” Pranav laughed out loud, adding, “What made both of you believe that I will call you guys for help?”

“We thought that you genuinely needed our help”, Kirat replied, still in shock.

“Hahaha…I was just kidding. I don’t need your help. You both don’t even play guitar as nicely as you think you do”, Pranav mocked.

Kirat and Raju were really upset with Pranav for his behavior. They couldn’t believe that Pranav found this funny and insulted them.

Few weeks later, Pranav’s tuition teacher asked him to inform his friends, Kriti and Adhiraj about the syllabus for the Maths exam which was scheduled for next week.

“Ok ma’am. I will inform them about the syllabus.” Pranav lied as he began to plot for yet another prank.

He thought it would be fun to lie and prank his friends about this test. He thought to himself that maybe he’ll be able to score above average marks in the tuition test, even with a little preparation.

“Guys, ma’am said the syllabus for the Maths test is an introduction to trigonometry and mensuration. Remember to study these chapters nicely!” Pranav lied about the syllabus.

Kriti and Adhiraj trusted him.

On the day of the exam, as all of the students began to write the paper, Kriti and Adhiraj were in shock.

They saw Pranav point a finger and laugh at them. Kriti and Adhiraj couldn’t complain to the teacher as they thought the teacher would accuse them for coming up with excuses.

Pranav was enjoying himself. He thought it was funny of him to lie about a test to his friends.

“Thank you, Pranav. Keep lying like this and watch yourself lose all of your friends. And thank you so much for ruining my test”, Kriti said hysterically.

“Pranav it seems that you can’t stop lying about anything. Lying has become a compulsive habit for you to the extent that you won’t even take a test seriously”, Adhiraj said in disappointment.

“Seriously guys, you can’t even take a joke!” Pranav laughed and walked away from his friends. 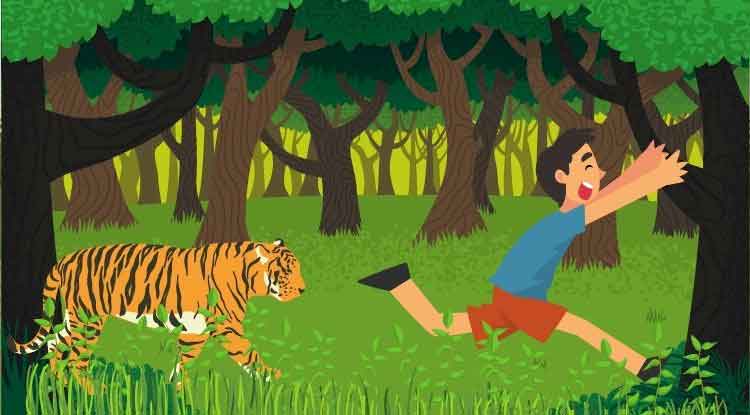 In the evening, he recounted the whole incident to his sister.

“Isn’t it hilarious Didi! They keep falling for my pranks!” Pranav chuckled.

His elder sister Prerna was taken aback. Not only was his brother indifferent to his friends’ problems, he actually thought that it was funny!

She scolded Pranav for being so insensitive to his friends and then told him about the famous tale of “Sher aaya Sher aaya” where a boy used to lie all the time about a lion coming to kill him. Everyone would believe him and come to his rescue but he made fun of them. Then one day the lion actually came, no one believed him and so no one came to rescue him.

He decided to make up to them by accepting his mistakes. He even thought of buying a cake for some of his closest friends.

When the lion came

Pranav took his bicycle and rode up to the neighborhood cakery. As he moved along, he saw a car coming towards him at an irrational speed.

This made him lose his balance and he fell on the ground. He was bruised on his knees and elbows.

He realized that Kriti and Raju lived close by. But he was hesitant to ask them for help as he felt they wouldn’t trust him.

He called up his sister to ask for her help. Prerna told him that she had gone to college and it would take her some time to return and so she suggested he call his friends until then.

“But would they believe me Didi? I have always lied in the past and he may think I am again playing a prank”, Pranav said, with tears rolling down his eyes.

“Don’t worry and give it a try. I am sure they will understand”, his sister replied.

Pranav called Raju and told him about his problem.

He said, “I know it may be hard for you to believe me right now. But I am really in pain. And I am unable to move. Please can you come and help me.”

“So the lion has actually come today Pranav!” Raju joked referring to the famous tale. “But don’t worry, I won’t let you down. That’s what friends are for. I will be with you very soon”, he said and quickly rushed to help Pranav out. 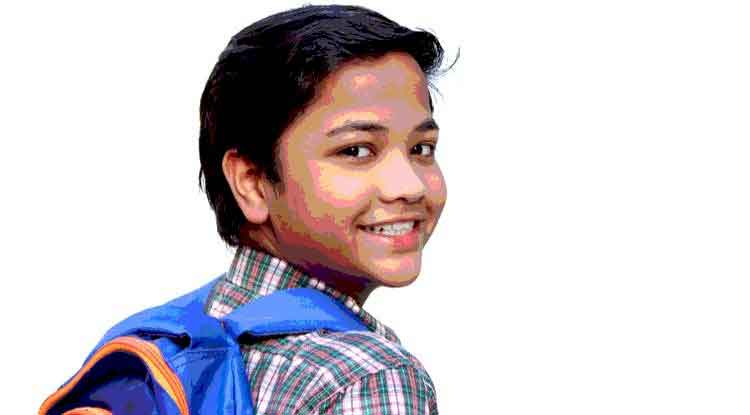 Photo: Shutterstock/A_ModelHouse/Person in the photo is a model.