What happens when the famous fairytale of Cinderella gets a TeenBook twist! It’s love and magic as we like it in 2020! 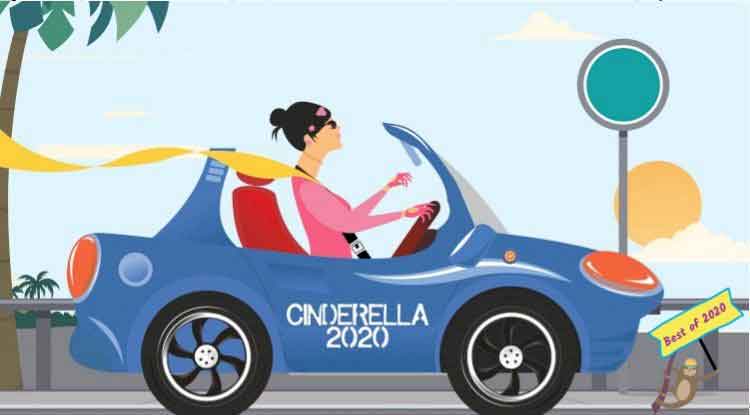 Cinderella looked at the invite once she was alone in her room; well it was more like a cupboard which barely had enough space for a bed and a table. She so badly wanted to attend the ball at the palace being hosted by the king and queen for their son and daughter, Prince and Princess Charming. But her mean step mother and step sisters wouldn’t let her go.

The night of the ball came and the evil trio left for the King’s Palace in the hopes of meeting the prince, her step mother was certain he would fall in love with one of her daughters. As she lay on her tiny bed crying she heard a loud noise like an explosion from the kitchen garden. She ran downstairs and was greeted by a handsome and an extremely well dressed person, with a hint of shimmery lipstick and blush.

‘Who are you?’ asked a stunned Cinderella. ‘Well I’m your Fairy Godmother – Simon. Child, close your mouth! Haven’t you seen a Fairy Godmother before? I’m here to get you ready for the ball!’ he said, waving his bejewelled wand.

You should thank your bestie Sharona, she was the one who begged for us to help you! Cinderella couldn’t believe her luck and made a mental note to give Sharona a gazillion hugs. She marvelled as Simon got to work. A pumpkin became a sports car, a mouse the chauffeur and then came the dress, a riot of colours beautifully placed together. A show stopper for sure!

‘Now, now just look at you!’ Simon said.  Cinderella looked at herself in the mirror and she couldn’t help but smile. She was a vision in her one of kind shoes and gown, a guaranteed head turner! As Simon bid Cinderella farewell he said, Darling, get home by midnight, because everything will go back to what it was, pumpkin, mouse, your dress, I mean everything. Have fun and make beautiful memories!’

The prince and the princess

Meanwhile at the palace, the king and queen were urging their son and daughter to be more social. ‘The entire kingdom is here! You are sure to find your life partners tonight’, exclaimed the king. They both rolled their eyes but made their way to the ball because they loved their parents.

The ball was everything Cinderella had hoped it would be. She finally found Sharona and gave her the tightest hug ever. They both looked stunning and danced the night away with Prince Charming and his sister Princess Charming. They joked, discussed their favourite movies and also their favourite bands. But midnight was soon upon them and Cinderella needed to leave. Sharona knew as well and they excused themselves and dashed off to the car. As they were leaving Cinderella shoe fell off but she had no time to pick it up.

By the time they reached home, the car was a pumpkin again and the driver a mouse that scurried back to its hole. Sharona helped Cinderella hide her shoe and then she hurried off next door to her house.

This is your chance

‘Keep it down will you! I can’t. You know how tough it has been for me. If they find out about me, I’ll be  thrown out of the house!’ whispered Cinderella.

As she turned around her step mother was standing there! Cindrella shuddered. Had she heard everything? ‘So it was you at the ball! Give me the shoe you freak! What good is it to you? The prince deserves one of my daughters!” she said menacingly.

She threw Sharona out of the house, locked Cinderella in her room and took the shoe. Soon she heard someone’s voice enquiring about all the young ladies who lived in the house.

Meanwhile, Sharona hadn’t given up. She made her way back to the house, using a secret backdoor, where she and Cindrella used to play as kids all the time. Sharona unlocked the door to Cindrella’s room from outside, ‘Get out of this closet Cindy and go, you deserve a chance at love!’

Cinderella ran down the stairs and saw the face that she had been dreaming about since she saw it last night. They ran towards each other. ‘I think this is the beginning of something beautiful. Want to give it a chance?’ Princess Charming asked Cinderella.

Cinderella shyly nodded in agreement and they kissed. Charming not to be left behind asked Sharona the same question, ‘You also want to give us a try?’ Sharona flew into his arms and a kiss followed.

The king and queen were surprised but why stand in the way of love? Last we heard, Prince Charming and Sharona got engaged while Princess Charming and Cinderella are attending University together and still going strong.

Did you like the TeenBook twist to Cinderella? How would you imagine the new age-Cinderella? Send us your ideas  in the comments box! Remember, not put any personal information in the comment box. 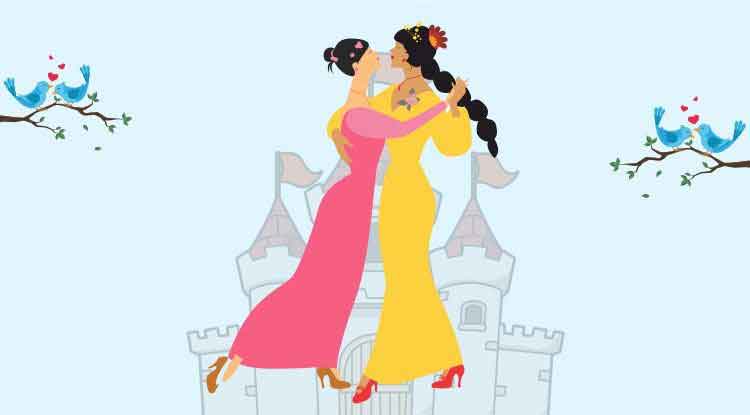