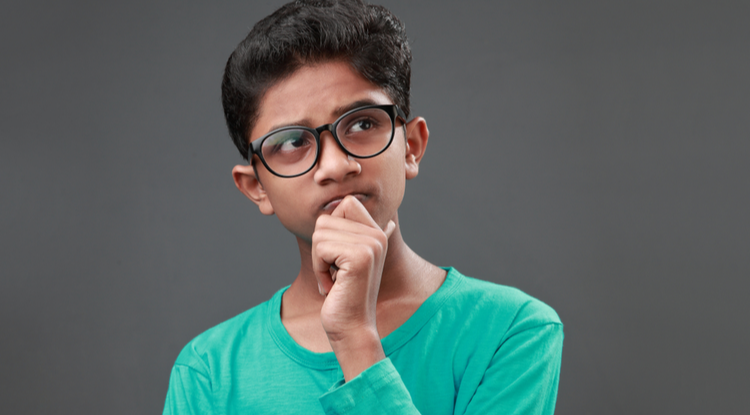 Eighth graders Rohan and Viren had just stepped inside the changing room. Their team had won today’s football match. Everyone was celebrating. As they walked in, they saw a group of seniors laughing hard and knocking on a washroom door.

“Hey I was hardly in for five minutes”, an angry looking Aryan came out and lashed. “And, not everyone uses the changing room washrooms for it,” he added, teasing Kevin on a lighter note.

“Shhh…stop talking so loudly. Kids are around”, Aditya said, pointing at the 8th graders. Kevin winked at his group and added, “I bet they do too!” and everyone rushed out laughing.

Rohan looked at Viren and asked, “What were they talking about bhai? What do we do?”

“Ahh,” nodded Rohan, not quite sure what it meant but he didn’t want to look stupid.

Big bro to the rescue 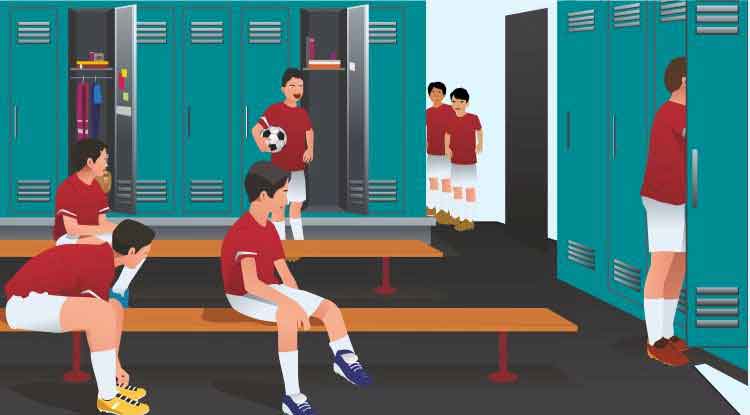 Back home, after dinner, Rohan approached his cousin Reyhan sheepishly. They were very close and the best of buddies. Reyhan was in his first year of college and Rohan’s go to person for almost everything.

“Oh really!?” Rohan clearly had no prior knowledge on the topic. “But I still don’t get it, why was he saying we might be doing it too?” Rohan looked puzzled. Reyhan smiled, “Well you see what they meant many adolescents start exploring their bodies around your age. Some start early and some late. But almost everyone is curious about their bodies and it’s perfectly normal.”

“Ahh, that’s what they meant, yes now I get it, thanks Bhaiya!” said Rohan, feeling enlightened.

“Remember, it is your body and you have every right to touch yourself whichever way you like and feel good about it but no one else should touch you the same way, not even me or your closest friends. Except of course Mom and Dad, if they need to, or a doctor if you have a problem, but again in the presence of your parents.”

How does it feel?

Whoops! It’s best to be honest, thought Reyhan. “Like I said Rohan, most people do, so… but since it’s a very private thing I hope you are okay if I don”t wish to discuss it in detail.”

“Sure Bhaiya, I was just wondering how it feels”, said Rohan, genuinely curious.

“Well, when someone touches their genitals or fondles them, it may lead to a physical sensation called arousal. In boys, we can feel the penis harden and grow big. Sometimes you may feel an even more intense, pleasurable sensation, which might lead to a whitish fluid called semen being released from the penis. This is called ejaculation.”

“Thanks Bhai. That’s useful to know for when I, I mean, If I…. well you know what I mean!” Rohan blurted out.

Reyhan smiled and said, “Remember bhai, there’s nothing wrong in exploring your own body and discovering what makes you feel good.. it’s all a very natural and normal part of growing up and it is harmless. There is absolutely no reason to feel guilty or embarrassed about it as long as you do it private”.

“Thanks Bhaiya! I’m so glad I have you at home to discuss all these things with! While I know I can always talk to Mom and Dad about anything, sometimes I find it easier to talk to you!” said Rohan. He felt truly lucky.

“What are brothers for!” smiled Reyhan. “Now go off to bed, don’t you have school tomorrow.. goodnight.” And with that Reyhan turned the lights off and went back to his room to finish his presentation. 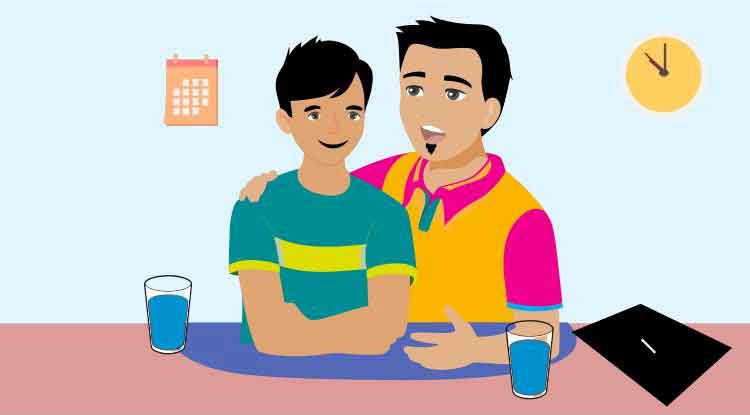