Have you heard this famous fable of the blue Jackal, who fell into a tub of blue dye and was mistaken as a God by other animals. One day the Jackal could not help but howl and everyone came to know that he was but an ordinary Jackal. He was caught and was punished. Now let’s read this story with a TeenBook twist. 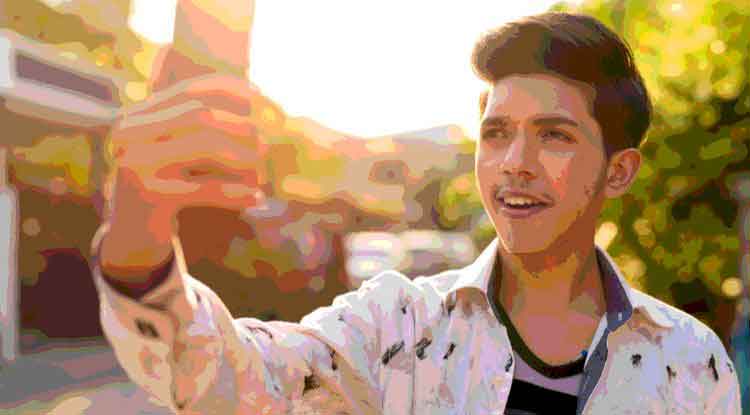 “Jack, you are late for breakfast, hurry up! You will miss your bus on your first day back to school”, Jack’s mother shouted.

“In a minute mum”, he replied.

Jack took his phone and turned to his Instagram stories. He started uploading photos of random things, the morning sky, and his photo in his school uniform. He uploaded a picture showing off his brand-new watch, his breakfast, and some more random selfies.

“Jack, can you put your phone down for a minute, and eat together with your family?”, his mother scolded him.

“Uff mum! I post these pictures for my followers, they love to know about my day-to-day life”, Jack sounded irritated.

“You will be late for school, take your school-bag and leave, your bus will be here any minute”, his mother was really irritated now.

“Put your phone on the table, you are not to carry it to school”, his mother said.

However, Jack sneaked his phone to school. During recess, he was playing with his phone. That is when Jack overheard his classmate John boast about his trips to Europe and was showing off his picture on his phone to his classmates who surrounded him. Everyone praised John for all the pictures of his Europe trip.

Check out this video on –social media, below: Read the rest of the article below the video:

“John, I loved all the beach photos you posted”, Sara said.

“Your outfits are also so cool”, Neel gushed.

Jack became jealous. He wished he could also go for such fun trips during summer and could wear such fancy outfits. Then even he could post fun things on his social media.

Then he had an idea. After school he rushed back home and downloaded an app, which had some cool features to photoshop pictures.

“Jack, what are you doing?” his sister asked.

“I am trying my hand at photoshop Ana”, Jack replied, still engulfed in his phone.

“Show me”, his sister was curious.

Jack had photo-shopped himself at a concert that happened in Goa that summer. He added many filters too, to make his photo look realistic.

“Jack, this is not right. You are fooling your followers and yourself into believing it to be true”, Ana sounded annoyed.

“No one cares Ana, no one will ever know the difference”, Jack didn’t care.

Jack’s timeline was soon flooded with likes and comments on his post. All his classmates said he looked cool and fun. Jack’s followers increased too.

Now he would spend all day making reels, posting selfies, and uploading photos. He started posting about books he hadn’t read, movies he hadn’t watched and places he hadn’t been to, all for some followers. He started pretending to be someone he wasn’t. Soon it started affecting his schoolwork.

“Jack, you are lagging behind in school. Your performance is poor. If this continues we will take your phone away”, his mother was really angry.

Next day at school Jack was surrounded by his classmates, they all wanted to take selfies with him, and were telling him how cool he is.

Then John entered the class and said, “Hey Jack, my mother said that your family stayed home this summer. So how did you post photos of the Goa concert?”

“What are you talking about John?” Jack said sheepishly.

“I know you photoshopped these pictures”, John added.

John started showing everyone how the photoshop app works and how Jack tried fooling everyone. Everyone started mocking Jack.

Suddenly their class teacher walked in. Everyone immediately hid their phones. But the teacher saw Jack’s phone. He was taken to the Principal’s office.

“Jack, I am very disappointed in you! You are suspended for this entire week”, the principal warned him.

“I am so sorry sir, I won’t repeat this mistake again”, Jack cried.

“Sorry son, but you will be punished for breaking the rules. Your parents have been called, they are coming to pick you up”, the principal replied.

Jack’s parents were very angry with him and they took his phone away. Jack locked himself in the room and started crying. His sister came in to comfort him.

“Hear me out, Jack. This is a fable. There was a Jackal who fell into a tub of blue dye and was mistaken as a God by other animals and was praised and worshipped. No one knew the reality and they believed him to be divine. One day the Jackal could not help but howl and everyone came to know that he was no God-sent but an ordinary Jackal. He was caught and was punished”, Ana said.

“What is your point, Ana?” Jack finally looked up.

“Like that Jackal, you too were gaining people’s praises through the deception of photoshop and social media filters. This is not the real you. If you really want to be loved by people, be your real self”, Ana replied.

“But how? No one likes the real me. But when I post those photoshopped photos, I have so many followers and friends”, Jack was still frustrated.

“You are right. But it’s all temporary. The moment they know your truth, which eventually they will, they will make fun of you! Right? Social media helps you connect with people. It helps you express yourself. So why don’t you share pictures from moments you truly enjoy, like umm…like the time you spent with your family and your friends. Or maybe share your artwork, you are so good at it. People would love to see what real Jack is like”, Ana suggested.

“Well, do you really think anyone will like it?” Jack was confused.

“Well, we can always try and see. If they don’t, it’s not the end of life, right? You have to come out of your social media world and make real friends too. Someone who loves the real you. Not the reel you”, Ana added.

“How about you start fixing your mistake by apologizing to mom and dad”, Ana suggested with a smile. Jack smiled back and left the room to apologize and talk to his parents. 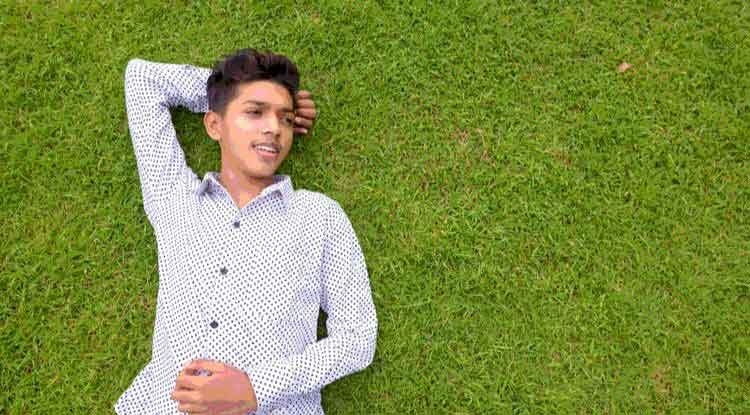 Photos:Shutterstock/Ranta Images/Person in the photo is a model. Names changed.

Do you want to write a #TwistInTheTale for us? Send us your ideas in the comments box! Remember, do not put any personal information in the comment box.