Ria travels to school by public transport. On the bus, a man touched her breasts and it made her feel uncomfortable. She was not sure if it was by accident or on purpose. She did not know what she could do about it. Sahil too got groped by another man while returning home from his tuition. Sexual harassment is a serious problem that affects people of all ages, including teenagers and adolescents. It is important to understand what sexual harassment is, its different types and what you can do to protect yourselves and others from this harmful behaviour. Let’s talk more about it in this week’s That’s Puzzling.

What is sexual harassment?

Any unwanted or unwelcome sexual behaviour, whether it is verbal, physical, or visual is sexual harassment. This can include things like unwanted touching, sexual comments or jokes, or showing someone pornographic material without their consent. Sexual harassment can happen to anyone, regardless of gender or sexual orientation, and it can take place in a variety of settings, including at school, at work, or online.

To know more about this, please see the video below and read rest article below video:

There are several different types of sexual harassment that are particularly relevant to teenagers and adolescents. These include:

Sexual harassment can also take on a systemic pattern, like for instance street harassment, harassment in public transport, at the workplace or hostel etc.

Some examples of sexual harassment

Usually someone you know

It’s usually someone you know who goes beyond your limits. Your boyfriend or girlfriend, an internet date or a teacher at school. This makes it complicated to say you don’t want it. You like someone, but you don’t like what they’re doing. It’s best to be very clear about what you want and don’t want. Don’t say ‘maybe’ if you mean ‘no’.

It’s not only girls who run into unwanted sexual behaviour. Boys can also be sexually harassed. For example a sports trainer who likes you, or your best friend’s older brother who wants to show you inappropriate content online. Or by your partner who doesn’t want you to break up with them.

If the worst happens and someone forces you to have sex, don’t keep it to yourself. Tell someone and talk about it. It’s a terrible experience to be sexually assaulted. It’s natural to feel absolutely devastated.

You might want to spend hours under the shower and preferably forget about what has happened as quickly as possible. But you can’t because the memories keep coming back. You might have nightmares and feel terrified of meeting the person who assaulted or raped you. You can feel very small and alone. You might also have pain in your abdomen or genitals. You might be scared you are pregnant or have caught a sexually transmitted disease. If so, go to the doctor or a clinic and get a check-up.

Here are a few things you do to protect yourselves and others.

Victims often feel guilty – they think it’s their own fault. Which it isn’t! No one has the right to force another person to do anything that they do not want to do. Even if you’re his girlfriend or boyfriend, or you said yes the last time. And also not because you’re wearing a sexy dress or you let them buy you a drink.

Victims also feel ashamed or embarrassed. You think everyone can tell what’s happened to you. Anyone who’s been forced to have sex against their will feels like this. It’s normal. You’re not overreacting. Your confidence has taken a serious knock, you feel like the world is a lot less safe and friendly than you thought it was.

You might also feel repulsed by getting physically close to other people, or sex, or your own body. If you feel deeply unhappy, depressed or afraid, you should seek help.

Photo: Shutterstock/Wirestock Creators/Person in the photo is a model. Names changed. 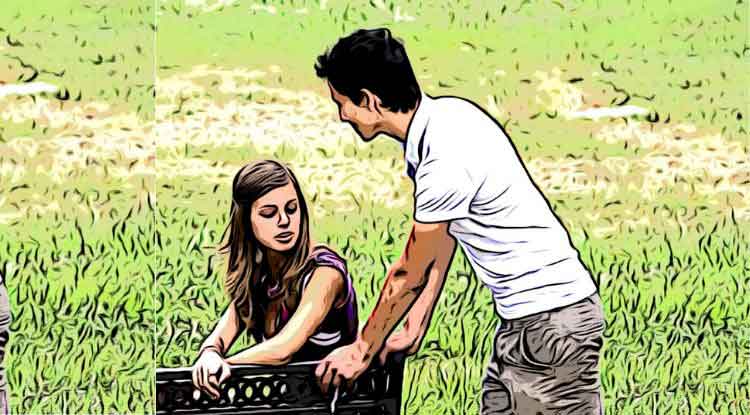