‘Coming out’ is short for ‘coming out of the closet’, which means telling people around you about your sexual orientation i.e if you are attracted to the opposite sex ( boy to a girl/girl to a boy) or same-sex (boy to a boy/girl to a girl). Let’s understand more about this term. 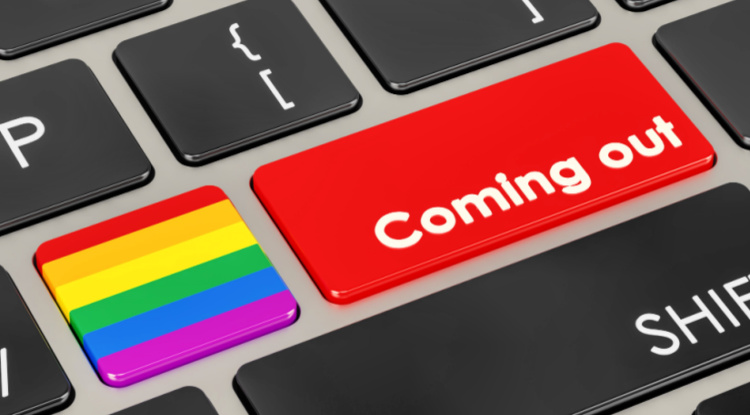 If you are not, and you want people to know, then you have to tell them. This is a constant process. Even if your family and friends already know about your sexual orientation, you still might want to come out to new people you meet in life.

Some people choose not to come out. There is no rule that says you have to come out! If you do not want to share these details with anyone, that’s OK too. Others choose to tell a few people they think should know, and that’s also OK. It’s up to you to decide who to tell. Your sexuality is a private matter, and you don’t have to discuss it with anyone if you don’t want to.

Coming out can be a very brave thing to do. There is no right or wrong way to do it. Many people are afraid of how others might react. It depends on you and your relationship with the person you are telling.

Every time you come out is like the first time because you might get a different reaction from different people. But practice makes it easier, and the more people you come out to, the more comfortable you’ll feel about it – and about yourself.

Just be prepared, and think carefully about who you want to tell, especially if you do not know the person properly.

You may want to tell your family if you’re gay, lesbian or bisexual. Family plays an important role in our lives, and it’s good to be honest with your parents and siblings if you feel comfortable doing it. If you want to talk to them about your future or tell them about your boyfriend or girlfriend, you’ll have to come out first.

But not everyone can accept that a family member is gay, lesbian, or bisexual. Every family is different. You know your family best, so think carefully before telling them. If you’re not sure how they will react, try having a conversation about homosexuality more generally. When you know how they feel about it, you can decide how to approach coming out to them.

Talking about sexuality at home, especially with our parents, can be challenging. Some people may need time to adjust to the idea, or to learn more about what being gay, lesbian or bisexual actually means. They may feel shocked and react negatively at first, but with time they will learn to appreciate and support you.

Try to understand if they ask questions or feel confused. It’s usually because they don’t understand what it means and feel that they did something wrong. Explain that it’s nothing to do with the way you were brought up – it’s just the way you are. Use facts to inform them.

Some people believe that being LGBT can be ‘fixed’, or that it is just a ‘phase’ which will pass with time. Be clear that this isn’t a problem that can be ‘fixed’: and time won’t change your orientation.

In some cases, people find it impossible to accept. Your family could break off all ties with you, or threaten to cut you off unless you ‘change’. Keep in mind that people’s reactions say more about them and their feelings than you as a person. But if you live with your parents and they support you financially, it’s a good idea to have someone else you can turn to in case things don’t go well.

Coming out to other people – friends, peers – is very similar to coming out to your family.

Hiding an important part of your life from your friends isn’t easy, so you may want to be honest with them about your sexuality. When you need emotional or practical support, it helps if you can talk openly to friends you trust and maybe other people you meet from the LGBTQ community.

Think carefully before you come out to someone. Not everyone needs to know, and only you can decide who to tell. Perhaps you want your closest friends to know, but you don’t want to talk about it in school or college. That’s OK.

If you’re not sure how someone is going to react, talk to them more generally about homosexuality first. Then you’ll have a better idea of how they feel about it, and you can decide if you want to come out to them.

When you come out you may face bullying, harassment and discrimination, so it’s best to be prepared to face any challenges that might arise. Having supportive friends can be a great help.

Remember to ask your friends to be discreet. Coming out should be your decision, and you should do it in your own time – you may not want the first person you tell to share the news with anyone else.

For many people around the world, ‘coming out’ and living openly as gay, lesbian or bisexual isn’t an option. The people around you might feel very negative towards homosexuality for cultural or religious reasons. And if you live in one of the countries where having homosexual sex is illegal, you could risk imprisonment.

In some parts of the world, gays, lesbians and bisexuals have to keep their sexual orientation secret. To the outside world, they appear to be straight. But, of course, there are gay people everywhere in the world. It’s just harder to be open about it in some countries.

If you choose to keep your sexual orientation a secret, that’s your decision. It may be possible to make contact with your local LGB community without coming out to anyone else. The internet and social media make it much easier to find other gays, lesbians, and bisexuals in your area. And if you’re nervous about meeting people in person, you can always join an online group.

What is Coming in?

We have all heard about ‘coming out’ but there is a term called ‘coming in’ too. That’s the time when you first make contact with other gays and lesbians. This can be a really great experience – when you realise you’re not the only one! You can do this via social media or with people you already know in the community. But be careful with this. Since homosexuality is a sensitive issue right now, it can be risky to talk to a stranger about it. So only talk to people who you fully trust with this information.

coming out gay meaning lesbian lesbian meaning LGBT What does ‘Coming out’ mean?