Tina’s best friend just came out to her! She told her that she doesn’t feel attracted to boys and only feels attracted to girls. Though Teena was happy for her friend, she did not completely understand what this meant. Coming out was a new concept for her and she was confused about how she can be a supportive friend. 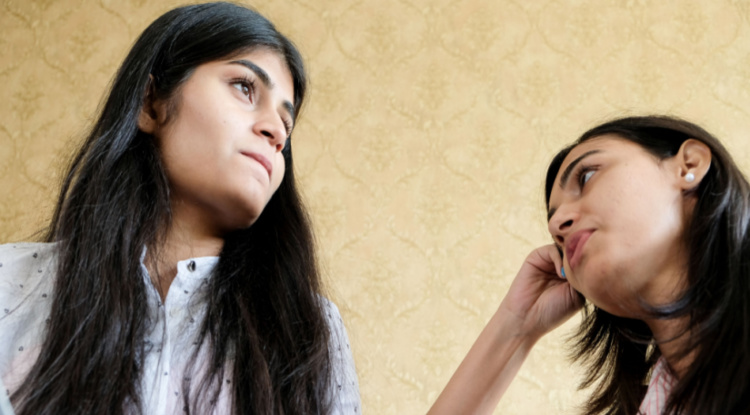 ‘Coming out’, short for ‘coming out of the closet’, means telling people around you about your sexuality. One’s sexuality is a private matter and coming out can be a very brave thing to do. Many people are afraid of how others might react. There is no right or wrong way to come out. Just be a good friend and create a healthy environment for them to feel safe around you.

We understand coming out can be a big event not just for your friend, but for you as well. So, it’s difficult to stop letting your emotions take a hold of you. Yet, it’s important to listen to the smaller details and not just hold on to the big picture! Has your friend been able to come to terms with his/her sexuality, what kind of support does your friend need, etc. are things that you can figure out only by listening, and not by answering these questions by your own imagination.

Ask him/her/them if they/s/he likes someone yet

‘Being okay’ with someone’s newly revealed sexuality is, more or less, mere ‘tolerance’. So, don’t stop at the fact that your friend is attracted to people of the same sex. Try and ask him/her/them, without being forceful, about things like whom s/he/they like at school or college or among famous people. True acceptance would mean showing a positive curiosity and interest for their romantic interests, of the same kind that you display with your straight friends.

Don’t be tolerant of homophobia anymore

Homophobia is a negative attitude towards gays, lesbians, and bisexuals. It can be feelings of fear, hatred, or contempt, and is often linked to religious or cultural beliefs. Whenever people make casual, homophobic jokes like using gay as an insult or teasing someone who is LGBT in your friend circle, make sure you call them out for doing that. This will help your friend feel secure and safe about having confided in you and build a deeper bond of trust between the both of you.

It is just one aspect of life

Who you are attracted to (your sexuality)  is only one aspect of anyone’s personality. Try not to reduce the entire essence of your friend’s existence to this one, single aspect. Remember that s/he still continues to be all the other things s/he was apart from being gay.

Ask ‘Are you sure? When did you first realise?’

As far as clichéd questions go, this one takes the cake. Every gay person who has ever come out has heard this question once in life. Maybe s/he’s not really gay? Maybe it’s an illusion? When did it first strike him/her ‘to be’ gay anyway? But remember that it doesn’t work that way. There’s no particular moment when straight people ‘realise’ that they are straight. It works more or less in the same way for most gay people too.

While this is obviously a positive reaction, it’s not very flattering. It’s like saying you wanted a pet poodle and now you got one. Don’t reduce your friend’s sexuality to an entry in your bucket list.

Let it change your relationship

Even if you feel a bit different around your friend, try not to let it show on your face. This is the most important thing you can do for your friend to make him/her feel accepted and warm.

Talk about this to others unless your friend is okay

This can be exciting news but it’s important to find out if your friend is okay with you talking about this to others, including even your parents, other close friends, etc. Even though your friend may be ok with his/her sexuality, it doesn’t imply he’s okay talking about it to anyone and everyone.

The persons in the photo are models. Names changed.

Also, don’t forget to listen to our Podcast on the same topic. Click the link below: