Arush, 13, was really confused while brushing his teeth in the morning when he felt something in his shorts. Why was his penis feeling a bit hard and erect? It also happened to him while watching a movie the other day. Is it normal? Should he tell someone? Science Lab comes to Arush’s aid. 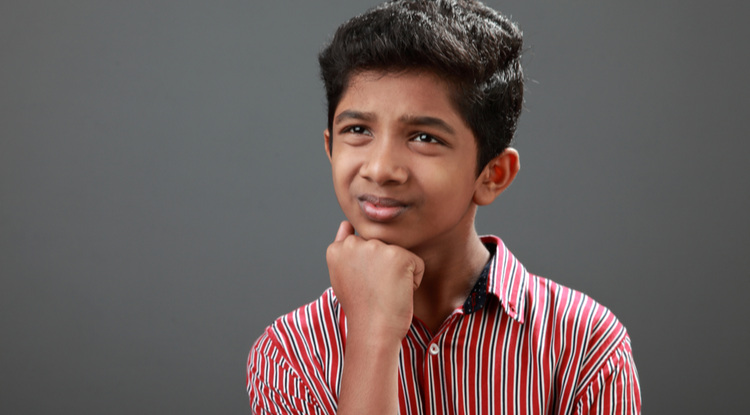 The feeling that Arush was experiencing is called an erection. An erection is when the penis feels hardened, and enlarged and tends to stand away from the body. This feeling that begins to occur among boys (anywhere from 11-13 years of age) is a sign of puberty.

Don’t forget to check out this amazing video below on the top signs of puberty in boys. Read the rest of the article below the video:

These erections begin to happen spontaneously and can sometimes catch you off guard. Is it normal? Why do they happen and what can you do about them? Let’s get to all of it by first understanding the science behind erections.

Why do erections happen?

Let’s begin by understanding a little about the penis. The penis is a male organ, used to pass urine outside a male body, but it is also as a sex organ that helps carry sperms out of a male body.

Sperms are tiny male reproductive cells that are produced by male body in millions! When the sperm meets an egg from a female’s body, they come together to make an embryo, which then takes another nine months in the female body to become a baby.

Now back to the sperms! Sperms are released from the body through a white sticky substance called semen. During puberty, the body begins to prepare semen and it also prepares for the sperms and semen to be carried out of the body. Erection is a part of this process. During the early years of puberty, the body is only practising these erections and that is why we get these spontaneous hardening of the penis.

How do erections happen?

Scientifically speaking, an erection or hardening of the penis occurs when sponge-like tissues inside the penis get filled up with blood.

When the penis is filled with blood, the soft spongy tissues inside the penis will go firm or hard, making the penis expand, because of all the extra blood inside it. The penis will become larger, firmer, and stand out from the body. It is now erect.

As long as the blood stays trapped inside the penis, it remains erect. Gradually, the brain sends the signals to the penis and allows the blood to flow out of the penis. When the blood flows out, back into the body, the veins will relax. The penis then becomes soft again.Usually the process lasts not more than a few minutes.

What should I do when the erections occur?

Well, nothing much. But now that you know the science, you also know that this is a process where the body is practicing erection and that it lasts only a short span of time. The one thing you can do is to stay calm and relaxed. It is a physical process that will take place and get over soon. It would help to try and focus elsewhere, pick up a different activity, such as going out to play or just listen to music.

Also, now that you know the science, you also know that erections are a part of puberty and it’s all a part of growing up.