Ever wondered why Gen Z is Called Gen Z? If you are born anytime between the 1990s or 2010, this article is for you, written by our in-house Zoomer – Shreya Misra! 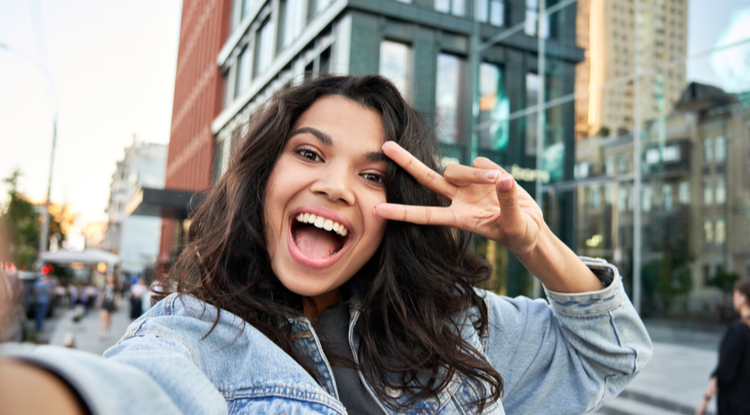 Are you a Zoomer?

​​Starting from the 90s and straight into the 2010s, everyone born in between is considered the Generation Z. Also known as Gen Z or Zoomers, they may be 11 years old or 34. But the coolness quotient is all the same!
This is the generation of influencers. We create, we inspire and most importantly we step up! From gay rights to mental health awareness, this is the first generation that doesn’t pay heed to the word ‘shy’ because they know what’s important. We raise our voices where it’s important, even if we’re called dramatic for it. Using social media in a mindful and significant way to create awareness about all these important issues, koi gen z se seekhe!

Best of both worlds

Yes, we MAY be dependent on technology a little too much but let’s be honest, who isn’t in this Covid era? Afterall, it’s the knowledge that came in handy when boomers (anyone born between 1946–65) needed help with juggling everything online due to
quarantines 😉
And if we look back, we’re the generation who got the best of both worlds! Played outside in the rain and dirt and then evolved to phones and tablets with time in our teenage years.
When it comes to interaction, we were the generation who used to prefer texts over calls every single time but after the pandemic? Maybe not so much. It’s true we avoid taking calls or any face to face interactions but being locked inside our home for two straight years has left us craving just that.

The generation that used to hate waking up for school, is now waiting for them to reopen. Because what’s the fun of having breakfast in online classes when you could learn the skills to chew without letting anyone know in school.
We, as a generation are called lazy or unmotivated and yes we procrastinate a lot! But we still get things done, don’t we? We procrastinate but we compensate for it by multitasking.
We work based on our moods and still always complete the task at hand. We adapt to change, faster than anybody else in this rapidly changing world and then adapt again!
So we may wake up late sometimes but we will fight for what matters and I think that paints a pretty cool picture of us.

#CurocityCentral #teenbook boys and masturbation bra size can girls use tampons coming out counselling depressed or just in a low mood? diversity Do I really need to talk to my parents about sex? feeling sad and depressed gay gay meaning girls period harassment how to deal with sexual harassment how to insert menstrual cup how to insert tampons lesbian lesbian meaning LGBT love or infatuation parts of a penis penis hygiene Penis shape and size pride month saying no scrotus Sexual Harassment STD and STI - what’s the difference Team TeenBook teenagers in love transgender What are Sexually Transmitted diseases (STDs) What are Sexually Transmitted Infections (STIs) what are tampons What is AIDS what is anxiety What is a vaginal itch what is nightfall what is underage drinking What is underbust/overbust why do boys harass women why do boys tease women Why do I feel so attracted towards him